This marmalade tastes so good that it has just won a 1 star Great Taste award. Here are some of the comments from the judges:

This fairly traded marmalade is perfect for a cold morning, with vitamin C rich oranges and warming cinnamon to bring out the rich flavours and add a bit of extra spice to your toast with the cinnamon enhancing the sweet orange flavour.

We’re always on the lookout for new and innovative products, whilst keeping the faith with well-loved favourites! We’ll work hard to keep you up-to-date with what’s in stock, but if you’re after something specific get in touch and we’ll let you know what’s currently in stock! 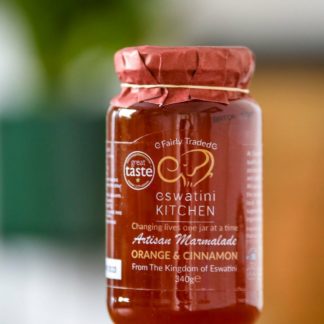